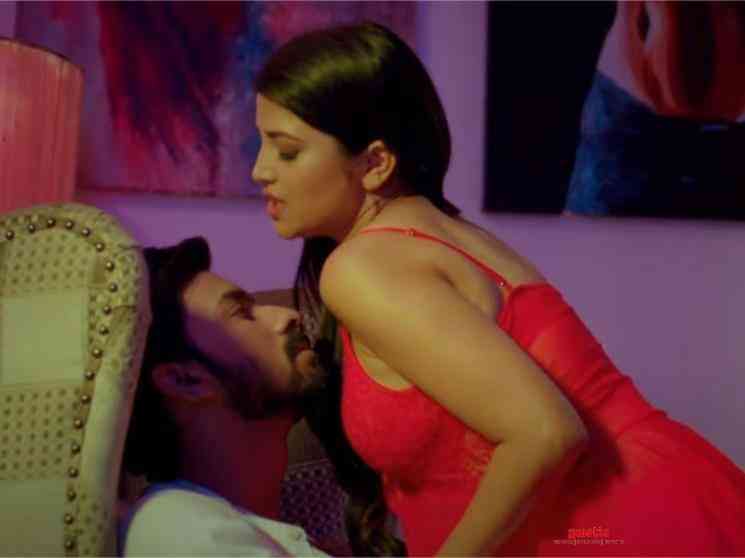 The adult horror comedy entertainer Irandam Kuththu released this Diwali featured the film's director Santhosh P. Jayakumar making his acting debut alongside Karishma Kaul, Akrithi Singh, Meenal Sahu playing the female leads, followed by Daniel Annie Pope, Rajendiran, Ravi Maria, Chaams, TSK, Singam Puli, Swaminathan, Shalu Shamu among others in pivotal roles. The sequel to the smash hit 2018 film, Iruttu Araiyil Murattu Kuththu, Irandam Kuththu or IAMK 2 as it is being called, has received largely negative reviews despite a strong youth audience thronging to theatres. With Irandam Kuththu now out in theatres, promotions are still being carried in an active manner. Produced by Hari Bhaskaran's Flying Horse Pictures banner, the makers have now released the 'Virginity' video song, which has vocals by Bigg Boss Tamil season 2 fame Ramya NSK and Benny Dayal to the lyrics penned by Srikanth Varadan. Composer S. N. Prasad has composed the songs, while Dharan Kumar has worked on the background score in the film. Irandam Kuththu incidentally holds the distinction of being the first Tamil film to be released in theatres across Tamil Nadu after the nationwide lockdown, which forced cinema halls in the state to suspend their operations for more than 6 months. Director Santhosh P. Jayakumar had recently revealed during an interaction with a fan that he indeed has plans for another film in the franchise and will be in 2022. As of now, no further details have been made known on Iruttu Araiyil Murattu Kuththu 3 or IAMK 3 as it is being called, with the star cast Santhosh P. Jayakumar chooses for the next remains to be seen. Watch the Virginity Song Official Video from Irandam Kuththu below:
» More News

Thalapathy Vijay's 'Master' to have a never before massive release in Kollywood history?
Thalapathy Vijay fans have been patiently waiting for almost eight months to enjoy their idol's new movie 'Master' in theaters.  The past few days rumours started floating that the film has been
» More News