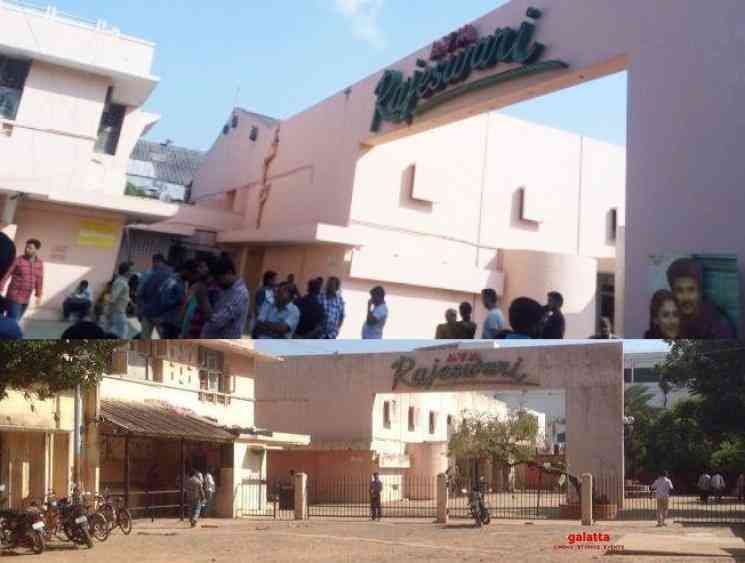 AVM Rajeswari is one of the most iconic theatres in Chennai that is situated in the heart of the city, in Vadapalani. This single-screen theatre is often considered as one of the main centres in the city to record footfalls and understand the reception of the general audience. The theatre is also known for its very reasonable pricing of movie tickets and food and beverages. The ticket prices were set at a slab of Rs 90 and Rs 70 (after the implementation of GST and LBGT). AVM Rajeswari was one of the very few theatres in Chennai that had ticket prices under Rs 100 and it helped the majority of the general audience to save some money. In an unfortunate situation because of the current Coronavirus outbreak, the management has decided to close down the theatre permanently. Mr.K.Shanmugam of AVM Rajeswari has reportedly confirmed the news about the shutdown and the tough decision has been taken due to the uncertainty prevailing over the reopening of theatres and the future of cinema. This news has shocked ardent movie buffs and theatre-goers and it is indeed a big setback for the trade scene in Tamil Nadu. Similarly, reports also state that Maharani theatre, another single-screen theatre situated in Old Washermenpet, will be permanently closed due to the current situation. We hope and wish the theatres and theatre exhibitors survive this tide and stand strong, as there is nothing that could match the theatrical experience.
Coronavirus crisis | Kolkata Police face new challenge from masked robbers 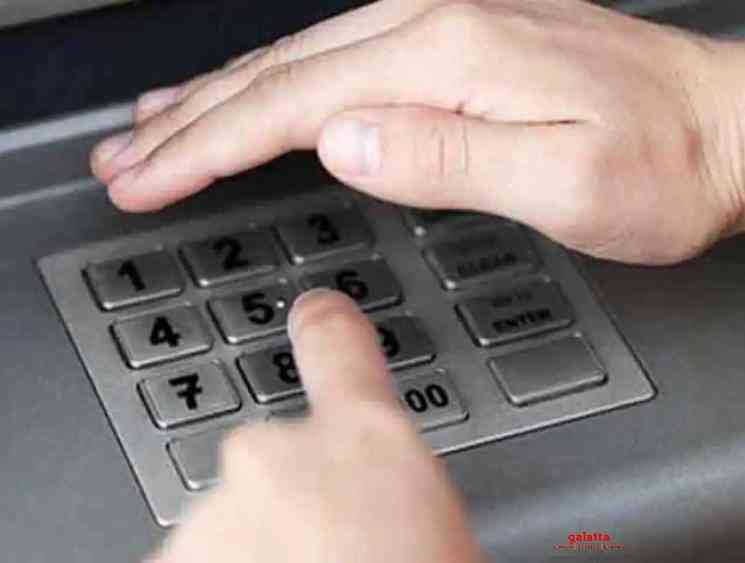 Kolkata Police have reported various incidents in the city where individuals wearing face masks have resorted to indulging in attempts to break open ATM machines. The police in the city are stating identification of culprits has become tougher as people are wearing masks, which have been made mandatory as a protective measure to safeguard one's self from being affected by the novel coronavirus. A senior Kolkata Police official in a statement said, "Employing guards will not be enough to prevent such incidents. Alarm system needs to be strengthened in such a way that once an attempt is made to break open an ATM, the nearby police station is alerted to respond in quick time. This can be done for the time being to counter such crimes and then we need to put in place some other plans,". Recently, an online meeting was coordinated by the Kolkata Police with bank officials regarding the futile attempts made by individuals to break open ATM machines. Identification of the culprits has so far not been possible. However, there has been a significant big decrease in the number of crimes in the city ever since the nationwide lockdown was imposed on March 25. Having said that, the rate of crime is said to have once again begun increasing with the relaxation norms being implemented as part of the Unlock 1.
National level archer forced to sell vegetables during lockdown seeks Govt help! 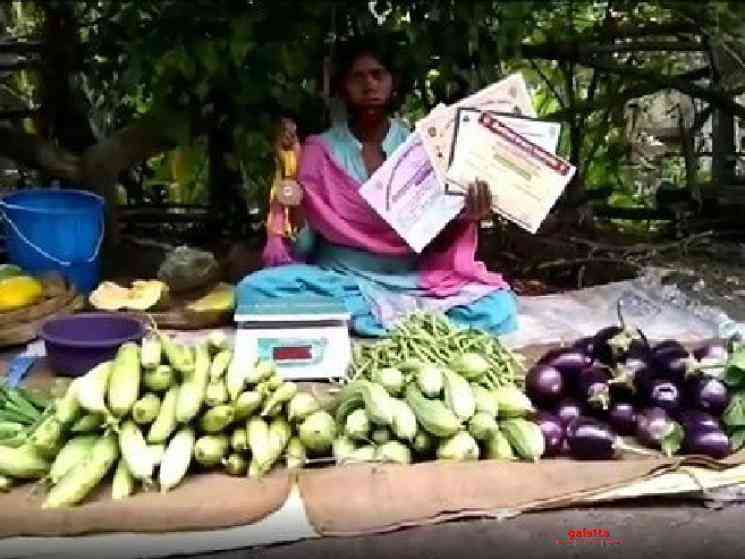 The COVID-19 Novel Corona Virus Pandemic outbreak has changed the lives of almost all people. The day-to-day activities of most people have changed as have the livelihoods of many! Sonu Khatoon - a national-level archer has turned to selling vegetables on the side of the road, because of the lockdown, for her livelihood. Sonu Khatoon has now approached the Jharkand government, asking for help to resume her sports practice. The district administration of Dhanbad has provided her a financial assistance of Rs. 20,000, after the intervention of Chief Minister Hemant Soren. However, Sonu Khatoon feels that this amount would not be enough, as even getting a normal kit for use in international tournaments would cost far more than that. Sonu's father is a daily wages worker and her family consists of 5 members. She is now unable to practice after the bow which she purchased with her hard earned money broke. Sonu was earning a living by working as a domestic help but had to switch to selling vegetables, due to the lockdown. The Chief Minister has mentioned that his government is taking all measures to map such sportspersons to help them better.
Assam guy who returned from Chennai asked to stay in quarantine in tree house! 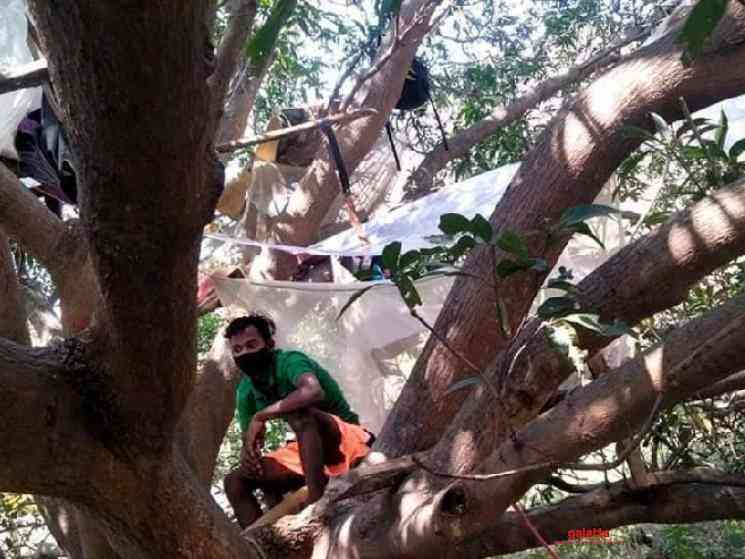 The Indian government had announced a nation-wide lockdown from March 25th and it went on till May 30th, before some relaxations in the lockdown were announced. This left many migrant workers, students and tourists stranded in various parts of the country with no means of transport to return to their native places. Recently, the government arranged special trains to help these stranded people get back home. One such Assamese guy, who was working in Chennai, returned home on May 26th. He had been working in Chennai but had lost his job after his company faced losses and laid off many employees. On arriving at his village, 21-year-old Amosh Basumatary was placed under institutional quarantine and tested for the COVID-19. After about 3 days, his results came back negative and he was asked to remain under home quarantine for the remaining period. However, his villagers did not allow him to return to his house and asked him to spend a 14-day quarantine period in a tree house that they had built outside their village of Ansaipur, in Sonitpur district! They have also provided him with 20 Kgs of rice but he has not been provided with any other spices or pulses. Amosh's brother, who stays in the village, has been providing him with water. Amosh has also sportingly accepted this quarantine, for the safety of his villagers!
Is TN decision to allow inter-district bus travel safe? 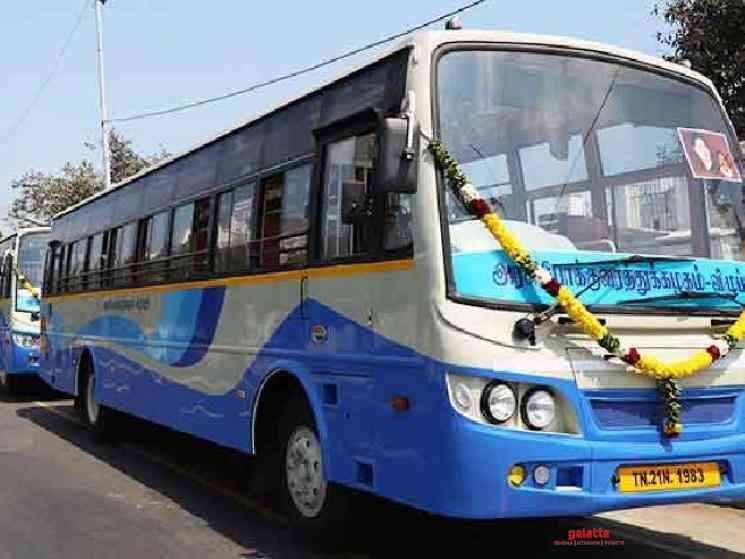 The fourth phase of the nation-wide lockdown in India ended on May 30th and the lockdown has been extended in most places with some relaxations in specific states. Tamil Nadu has allowed a lot of relaxations in the state, except in four districts - Chennai, Kancheepuram, Tiruvallur and Chengalpattu. Recently, the Tamil Nadu government allowed government buses to ply between districts after the entire state was split into eight zones with permission for the buses to travel inter-district within their specific zones, about 6 of them. Some experts question this decision of the government to allow inter-district travel as some of the districts in the zones where travel has been allowed, still have hundreds of cases of COVID patients while many have just a few. For example - Salem has about 150 cases while the neighbouring districts like Coimbatore, Erode, Karur, Tiruppur and Namakkal have only a few cases. The arrival of migrants from other districts, states and countries has lead to a sharp increase of COVID cases and some experts feel that allowing inter-district transportation is similar to this and would lead to an increase in the COVID cases. Let's wait and watch...
COVID-19: Here's the list of Containment Zones in Chennai as on June 3! 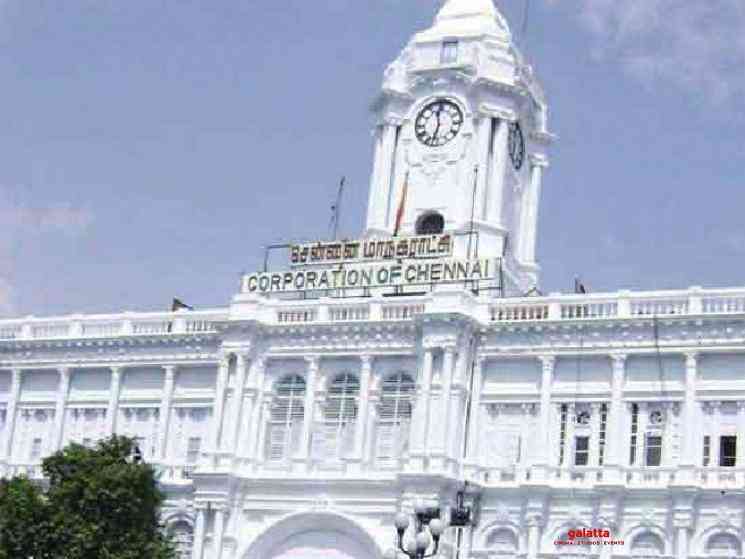 The COVID-19 Novel Corona Virus has been ravaging across the world for quite some time now and Tamil Nadu is currently in the second place on the list of most affected States in India. The number of people testing postivie for the Virus is going up with each passing day but except for four districts in the State, the lockdown relaxations have been relaxed in all the other places. June 3rd has turned out to be the day with the highest number of infections in the state, making it the fourth consecutive day with over 1000 registered cases. The Greater Chennai Corporation has now released an updated list of the Containment Zones in Chennai, which is the most infected district in Tamil Nadu. There are a total of 15 Containment Zones in Chennai with 201 streets marked as Containment regions. Zone 1 (Thiruvottiyur) has 559 positive cases, while Zone 2 (Manali) has 228, Zone 3 (Madhavaram) has 400 cases, Zone 4 (Tondiarpet) has 2007 cases while Zone 5 (Royapuram) has 3060 cases and is the most infected Zone. Zone 6 (Thiru-Vi-Ka Nagar) - 1711, Zone 7 (Ambattur) - 619, Zone 8 (Anna Nagar) - 1411, Zone 9 (Teynampet) - 1871, Zone 10 (Kodambakkam) - 1921, Zone 11 (Valasaravakkam) - 910, Zone 12 (Alandur) - 243, Zone 13 (Adyar) - 949, Zone 14 (Perungudi) - 278 and Zone 15 (Sholinganallur) - 279!
Coronavirus crisis | Couples seek Court protection; Get fined for not wearing masks at wedding 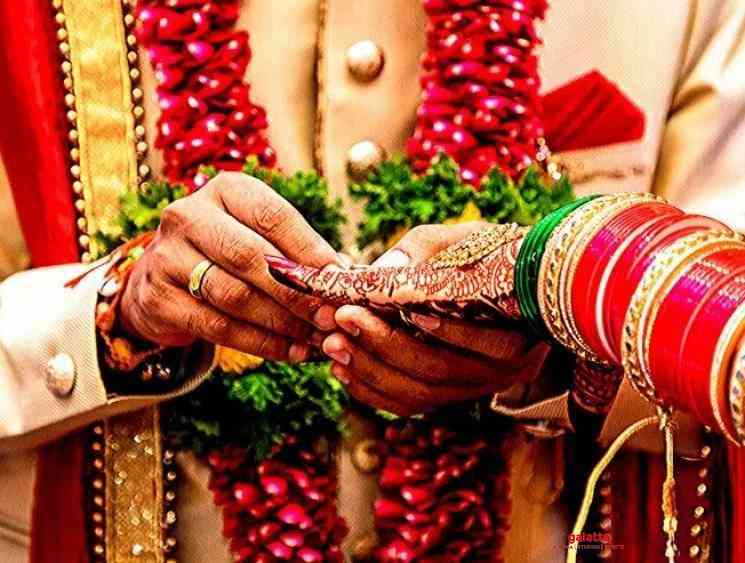 Two runaway couples from Punjab and Haryana were in for a shock when their hopes of being united for life in matrimonial bliss came with a cost. The two couples had approached Punjab and Haryana High Court seeking protection for their lives after running away from their homes to get married. However, things took a different turn when Justice Hari Pal Verma, while addressing the safety of the couples, noted that they were not following the government protocol of wearing masks in the marriage ceremony pictures. The first case was of petitioner Renu Devi for whom the court had ordered police protection to the couple, but also made note that the masks were not worn at the wedding ceremony by either the petitioners and attendees. The court's order stated, "Accordingly, the petitioners are burdened with Rs 10,000/- as costs to be deposited with the Deputy Commissioner, Hoshiarpur within a period of 15 days from today and the amount so deposited by the petitioner shall be utilised for the purpose of arranging masks for the public at large within the district Hoshiarpur,". Another petitioner named Veena Rani was ordered to be given police protection, but the couple was fined Rs. 5000 for not wearing face masks during the marriage ceremony. The couple have been told to deposit the money to Fazilika administration with instructions for the penalty amount to be used in arranging masks for the public. The Punjab government had made it mandatory on April 9 for the people in the state to wear masks during the lockdown period as a preventive measure to stop the spread of the novel coronavirus. Punjab Chief Minister Amarinder Singh had not long back posted on his Facebook page saying, "Masks are compulsory in Punjab now. Health Secretary is issuing a detailed advisory for the people. Just remember to wear mask when you step out of home for any emergency/essentials. A piece of clean cloth is all you need. Let's all stay safe and fight #Covid_19 together,".
Details of 1 lakh Indian Aadhar and PAN Cards for sale on Dark net! 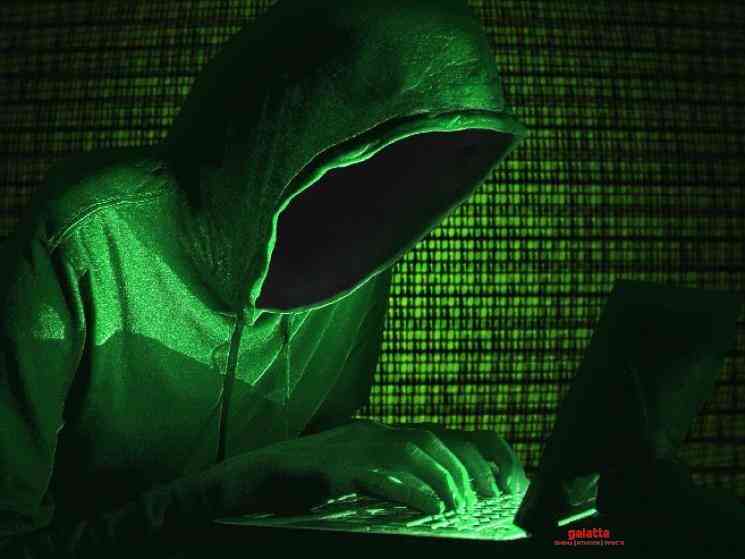 A Cyber Intelligence firm has revealed that over 1 lakh scanned copies of the ID cards of Indians including Aadhar Cards, PAN Cards & passports have been put up for sale on the Dark web! The data has reportedly been leaked from a third party site and not the Government system. The Cyber Security firm Cyble has stated that they came across a small-time actor who is currently selling the IDs. The report states that the actor is selling over 1 lakh Indian National IDs and it would have normally skipped under the radar but the samples shared by him are said to have intrigued the agency, especially the volume of the identities that he is selling. The IDs are said to be from different parts of India and the agency is said to have acquired some samples from the illegal seller and they are said to have no indication of having come from a Government system. The researchers are still investigating this case and are expecting a report soon!
Chief Justice of India rejects PIL to rename India as Bharat in Constitution! 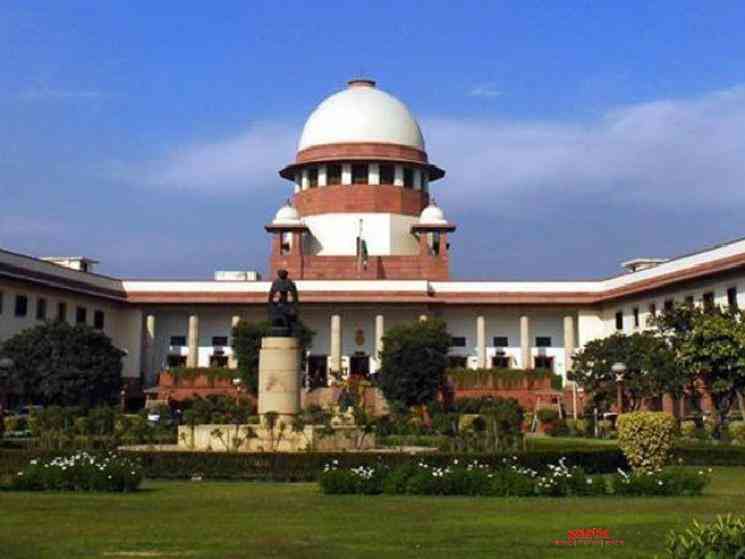 Recently, a Public Interest Litigation was filed in the Supreme Court, asking that the name of our country be changed from India to Bharat, after amending the Constitution! The Chief Justice of India - SA Bobde on Wednesday, said that the Supreme Court can't exclude the name India and amend it to Bharat, as 'India is already called Bharat in the Constitution itself!' The Supreme Court however allowed the petitioner to submit a representation to the Government! The plea, filed by a Delhi-based man, sought an amendment to Article 1 of the Constitution, to retain only the name Bharat and exclude the name India from the entire Constitution. The petitioner claimed that he wanted this amendment to ensure that the citizens of our country get over the colonial past and instil a sense of pride and justify the hard fought freedom by our ancestors!